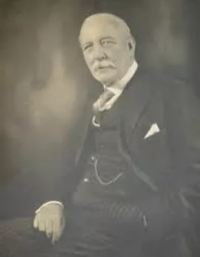 Andrew S. McCreath, the founder of our firm was born on March 8, 1849, in Ayr, Scotland, located on the southwest coast of Scotland on the Firth of Clyde. He attended the Ayr Academy and then continued his studies of the classics at Glasgow University. Thereafter, he took up studies of analytical chemistry from Anderson’s University (formerly the Andersonian Institute) in Glasgow, Scotland’s third-largest and second oldest university (founded 1796) and known presently as the University of Strathclyde.  The University has many other notable 17th century alumni such as James Young, the first chemist to distill paraffin from coal; Thomas Graham, the founder of colloid chemistry; and the physician and famous African explorer, Dr. David Livingstone.

After graduating from the Institute and leaving Scotland in 1869, Andrew spent time in Göttingen, Germany where he studied a completely new concept of steel manufacture by the use of analytical chemistry. Under the famed German professors Friedrich Wöhler, known for his pioneering work in the separation of aluminum, beryllium, titanium, crystalline boron, and silicon, and Professor Rudolph Fittig, both from the University of Göttingen, Andrew learned how to apply chemical testing to not only determine steel quality but to model and predict the quality of steel from the testing of its raw components.

McCreath came to the United States in 1870 at the age of 21, and assumed charge of the chemical laboratory for the Pennsylvania Steel Company in Steelton, Pennsylvania, thus becoming one of the first analytical chemists to be employed by a steel producer in this country.  The mill, built in 1866 to produce railroad rail, is one of the oldest operating mills in the country and was the first mill in the United States dedicated exclusively to making steel. The plant was designed and built specifically to employ the Bessemer process of steel-making through a joint venture with the Pennsylvania Railroad and Alexander Holley, the man credited with the introduction of Bessemer’s patent here in the United States. The mill is still in operation and currently owned by Cleveland-Cliffs, the largest flat-rolled steel producer in North America.

Prior to Andrew’s association with the steel industry in the United States, the testing of steel quality was a rather “hit or miss” affair, mainly consisting of crude physical testing of the final product via simple fracture tests and visual inspections. Andrew soon proved to his employers that chemical analysis not only provided a much more reliable and accurate method of verifying the quality of the finished steel, but allowed for the control of the quality of the steel produced by testing and controlling the raw materials used for its manufacturing. Andrew often made “on-site” quality tests of the coke and iron ore at the source, which at that time included the iron ore pits of Pennsylvania and New Jersey

Additionally, the sourcing of high-quality manganese, chrome, and iron ore deposits in the United States had been a problem as early as the 1870’s. McCreath was one of the pioneers in this field, doing his first sampling and assaying of foreign ores circa 1873. While employed with the Pennsylvania Steel Company, he began the investigation of alternative sources, sampling and testing ores brought by schooners to the eastern ports of Philadelphia and Baltimore from both the Caribbean and Spain. These activities are greatly responsible for spawning the business our firm is best known for today.

In the late 1800’s, Pennsylvania’s continued industrial growth had prompted the need for a more complete and detailed geologic survey of the state’s coal, petroleum, iron ore, and other mineral resources.  Described as “the most remarkable series of reports ever issued by any survey,” the Second Geological Survey of Pennsylvania (1874-1889) produced an unprecedented volume of quality reports, containing over 80 texts and 600 accompanying maps and illustrations. Assistants to the Second Survey read like a “Who’s Who” of late nineteenth-century American geology.

McCreath acted as Chief Chemist to the Survey and in this capacity, operated a chemical laboratory for the Commonwealth of Pennsylvania at 223 Market Street in Harrisburg.  He subsequently purchased the laboratory on Market Street from the Commonwealth and continued work there as a full-time Consulting Chemist. In January of 1877, he founded the McCreath Laboratories. 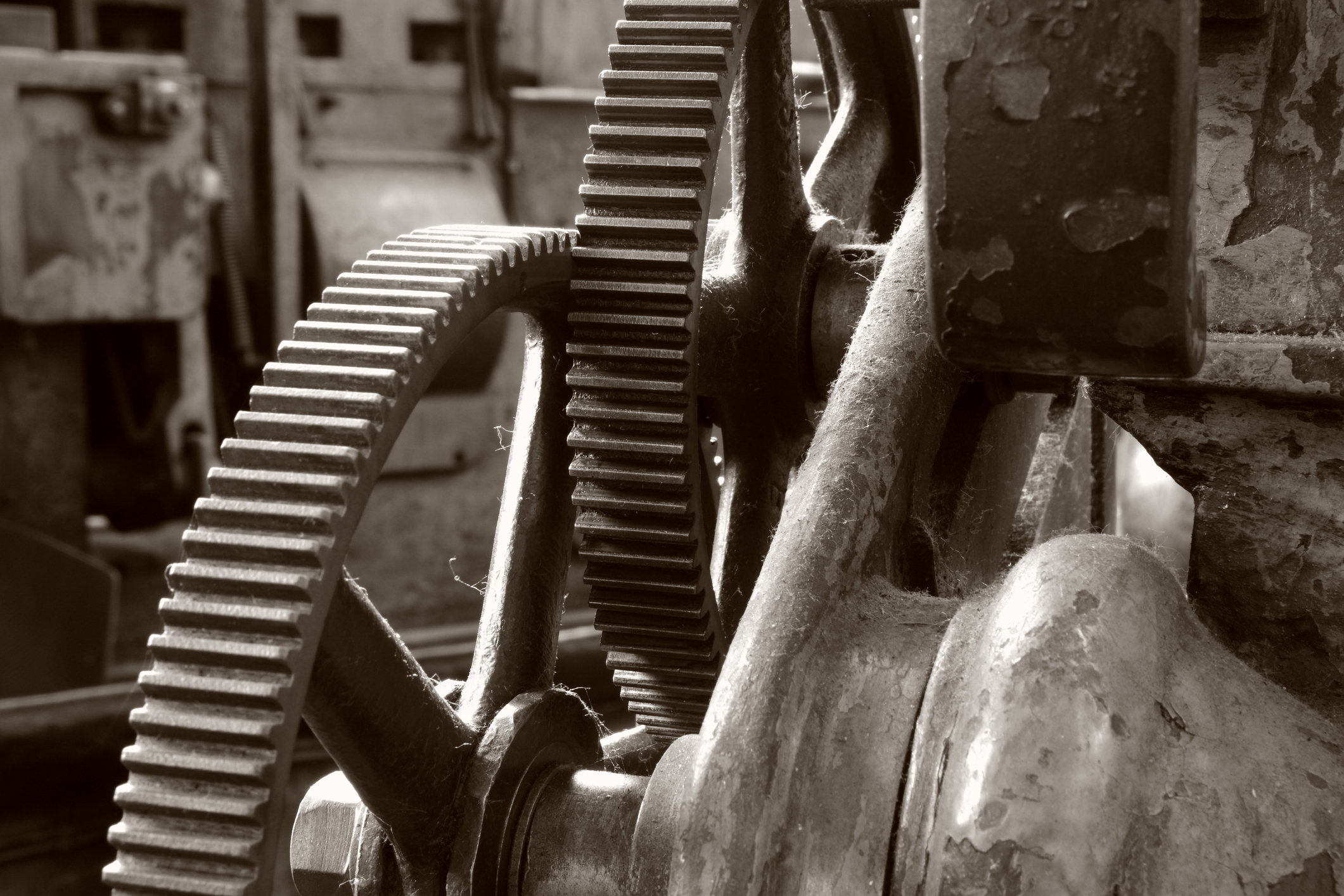 It was during this early period that McCreath had the opportunity to work closely with such well-known industrialists as Thomas Edison, Andrew Carnegie, Henry Frick, and Charles Schwab among others. McCreath Laboratories were engaged circa 1881 by Edison to participate in his initial tests involving the briquetting of iron ore. During the 1890’s, Edison developed a method for concentrating low-grade iron ore into high-grade briquettes suitable for use in Eastern steel mills. In 1898 at the New Jersey-Pennsylvania Concentrating Co. in Edison, NJ, he designed a complete system of mining, crushing, separating, and concentrating the ore into briquettes. However, Edison was forced to abandon the venture after the discovery of higher quality ore deposits in the Great Lakes region made the concentrated low-grade ore too expensive for steel mills. During his collaboration with Andrew, Edison is reputed to have said, “The McCreaths are the umpires of the steel industry.”

Since both Minerology and Geology were already familiar fields to Andrew, he was engaged by the expanding railroads to examine mineral deposits along proposed right-of-ways, thus playing a large role in the determination of future transport business possibilities. In the late 1800’s and early 1900’s, McCreath did a great deal of assay work in the mines of western Pennsylvania. He prepared numerous reports on the mineral wealth of Pennsylvania, Ohio, Virginia, Tennessee, Kentucky, North Carolina, and Georgia. One of his best-known works, entitled “The Mineral Wealth of Virginia,” was published in 1883 while surveying for the Norfolk and Western and Shenandoah Railroads.

The company acquired its present name of Andrew S. McCreath & Son upon Andrew’s son, Leslie Robert McCreath (born 1881), joining his father in business in 1904 after graduating from Yale University. At this time the laboratory moved to a “new and well-equipped laboratory” at 121 Market Street.  (Harrisburg Telegraph, March 1, 1904)  The firm continued to expand its activities during the early 1900’s, with emphasis given to the sampling and analyses of ores and consulting for developing coal mines.  Subsequently, the laboratory was moved to a larger building on Liberty Street in Harrisburg in 1918.

Andrew resigned his position in 1921 and subsequently passed away  November 26, 1930, leaving the legacy of the laboratory he founded in the hands of his son Leslie to continue and grow.

In 1938, Fred A. Pennington joined the firm and became a junior partner in 1940 with Leslie, bringing with him a practical knowledge of analytical chemistry which he had acquired in both undergraduate and graduate work in the Chemical Engineering Department at Lehigh University. Like Andrew McCreath, Mr. Pennington also had prior experience in the steel industry, working for the Carnegie-Illinois Steel Mills at Duquesne, Pennsylvania.

In 1942, Mr. Merton H. Davey, a former Chemist with ARMCO Steel, joined the McCreath firm as a partner. The years during World War II were extremely busy and productive for the laboratory with the influx of strategic materials to supply the war effort. Mr. Davey had the expertise to manage and direct the laboratory operations, allowing Mr. Pennington to attend to the management of seaboard sampling operations.

Leslie McCreath died in August of 1957 in Harrisburg, Pennsylvania. With Mr. Pennington now at the helm, the company continued to prosper and grow into the well-recognized international firm it is today. As early as the 1950’s, major mineral and ore producing clients located outside the United States had requested for McCreath to establish a presence in Europe for supervision of distribution and certification of mineral cargoes for their principal European customers. At that time, the firm created a network of offices in the European countries of Belgium, Holland, Luxembourg, Italy, and Germany. The mid-century expansion also included the opening of subsidiaries in Mexico in 1955; in Chile in 1957; Brazil in 1962; and a number of agencies and laboratories in Australia in 1965. Domestic facilities added during this period included Cleveland and Tacoma offices in 1962 and 1967, as well as a full-service coal and coke testing laboratory at Norfolk, Virginia in 1963 and a branch sampling office in Baltimore, Maryland to handle coal and coke cargoes moved through the Ports of Baltimore and Philadelphia.

Fred Pennington passed away in November 1997, at which time the ownership of the company passed into the hands of his heirs. Since that time, the board of Andrew S. McCreath & Son have entrusted the operations of the laboratory to senior staff and experienced industry professionals with the technical knowledge and background to continue our longstanding tradition of excellence that has lasted for over 140 years. Our technical administration, always working in pairs, are selected to provide the perfect complement of both sampling and analytical experience to cover all of the many commodities of our clientele.

Currently, the McCreath domestic laboratories and field operations include our main full-service laboratory and headquarters in Harrisburg, Pennsylvania, a specialized fuels laboratory in Gary, Indiana, and sampling and preparations offices in Ohio, Maryland, Kentucky, and Louisiana. We cover all eastern ocean port facilities, inland river terminals, and warehouse facilities.